Somewhere You Found My Name 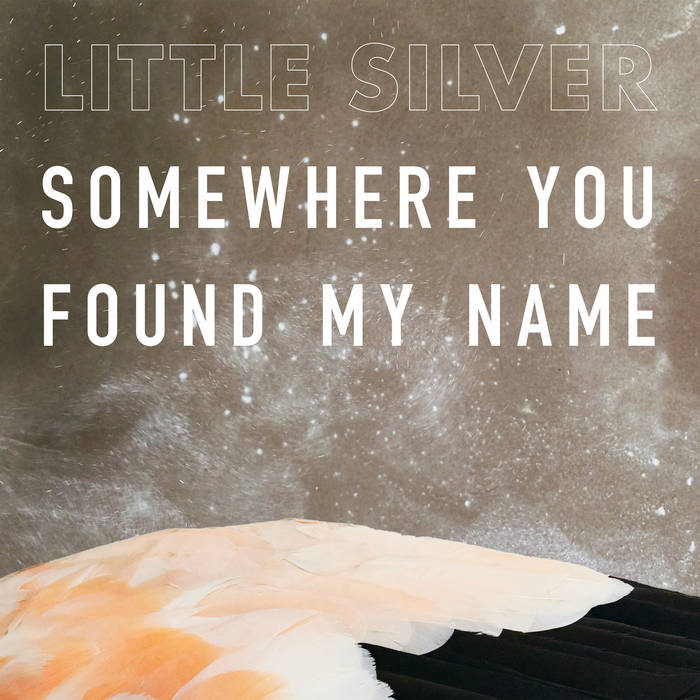 diamondfield Fantastic album and one of my favorites from the last couple of years - great songs, playing and production. Little Silver should be HUGE. The vinyl LP is s steal - grab one!

“The elegantly understated debut from this Brooklyn band does what great, grown-up indie rock at its best has always done: It maps out states of personal, emotional and historical in-betweenness with careful, intelligent grace… Songs […] take their time building from muted beauty to closely held grandeur.”
—ROLLING STONE

“Once they emerge from the trancelike perfection of [Somewhere You Found My Name‘s] first two tracks, they and their band rock out, resulting in a surprisingly jammy blast… Don’t wait for them to come to your town, just buy the darn record.”
—NO DEPRESSION

“Little Silver has a familiar, delicious vibe… Listen, for example, to a cut called “Anytown” and hear echoes of the New Pornographers. The brew of ethereal harmonies, majestic arrangements and gentle melodies proves there was more precious metal in those hills… In “You Slept Through Summer,” an evocative sonic journey through the passing of time, the words themselves are so rich they feel like instruments… The album is built on delicate harmony, and Simonian’s voice, in particular, is lovely. In fact, it might be its similarity to that of Neko Case […] that beckons that comparison. It’s good company; Little Silver has shown it belongs there.”
—ASSOCIATED PRESS

SOMEWHERE YOU FOUND MY NAME is a gorgeous collection of original songs which confront the shifting landscape of gaining and losing loved ones, changes in perspective, and the uncertainty of life itself. Little Silver's sparse arrangements and beautifully understated vocals bring these everyday truths to life.

Erika Simonian and Steve Curtis were both touring musicians when they met in New York. Curtis was performing with the contemporary folk group Hem, and Simonian in a variety of rock bands. The two fell in love and married two years later, forming Little Silver as a duo in 2010. Simonian was drawn to playing a softer style of music, while Curtis sought an opportunity to let loose musically. What the two created with Little Silver falls somewhere right in the middle, adding drummer Ray Rizzo and David Tarica on bass.

Simonian and Curtis co-wrote all of the material on the new album. The experience of being partners in both life and music informs the themes of growth, loss, commitment, and the evolution of relationships that are woven throughout Somewhere You Found My Name. The album’s opener, "The Luckiest Thief" speaks to the fortunate feeling of cherished last moments with someone you’re losing, while "The Slowing and The Start" talks about the intimidation surrounding commitment and the unknowns of marriage and starting a family. And though the album’s tranquil title track could easily be mistaken for a love song, it is actually a reflection on new life, a child entering into your world. Though most of the record was written before their second daughter was born, “Somewhere You Found My Name” was written when Simonian had found out she was pregnant halfway through the recording process.

The beauty in Little Silver's music is the way that they collaborate and create as a couple, working through life’s changes and encouraging the listener to process these experiences along with them. Though the circle of life is often not considered a headline in itself, it can be a personal catalyst for music that is important and meant to be shared.

“The elegantly understated debut from this Brooklyn band does what great, grown-up indie rock at its best has always done: It maps out states of personal, emotional and historical in-betweenness with careful, intelligent grace… Songs […] take their time building from muted beauty to closely held grandeur.”
—ROLLING STONE ... more

Bandcamp Daily  your guide to the world of Bandcamp